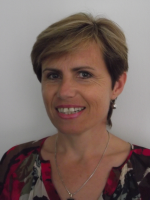 Specialization: Support and popularization of RTD and applications of nanotechnology

Mrs. Shrbena graduated in economy at The University of Economics, Prague, Czech Republic (EU). She completed several middle-term stays abroad (e.g. Slovenia, U.S.A.). Her professional career started at the Czechoslovak Press Agency (later Czech Press Agency). In the period 1992-2003 she works at the publishing house Economia a.s. as the editor of the Economic Daily Hospodarske noviny and later of the Economic Weekly Ekonom.

From 2002 she is the head manager of the consulting company Inova Pro and she is specialized in the support of research and development and innovations, project initiation, management and administration (including FRP and structural funds projects). She is active also in networking activities - support of collaboration R&D institutions with industrial companies - and in initiation and establishing of clusters (Czech Nanotechnology Cluster, Nanomedic Cluster) and regional research centres (e.g. West Bohemian Centre of Materials and Metallurgy) and in partner search to international and national research projects (about 50 SMEs into EU FP research projects in the course of last 3 years). Her team elaborates also company analysis, branch analysis, monitoring reports of several industrial branches of the Czech economy and marketing reports, studies for Czech and foreign customers.

As the external lector she provides specialized lectures (at the Charles University Prague, Institute of Chemical Technology Prague, Palacky University Olomouc, Masaryk University Brno) focused on innovation entrepreneurship or on the system of RTD public support in the Czech Republic (EU).

In the last 5 years she participated as a project manager in the several international projects focusing on providing ETI services to SMEs and on integration (mainly) SMEs into FP R&D projects in order to stimulate their dynamic and potential by networking their capacities and activities with regard to research, innovation and technology transfer (project NANOMAT- EC 508695, project TALENT SCOUT- EC 508510, project STARNET- EC 508695, MNT ERA NET I, MNT ERA NET II).

Since 2008 J. Shrbena is the head of the Nanotechnology and Nanomaterials Section of the Czech Society for New Materials and Technologies - an umbrella association in the Czech Republic formed in 2002, which embraces about 130 members from research institutes, universities as well as industry in the Czech Republic. Since 2009 she is the member of the High Level Group of DG Research of the European Commission focused on support of nanoscience and nanotechnology in the European Union. She is a member of the Society for the Advancement of Material and Process Engineering (SAMPE). From 2009 she is the head of the programme committee of the international conference NANOCON.

J. Shrbena is co-author of several articles in newspapers, magazines and of media reports, as well as of the specialized publications, for example: